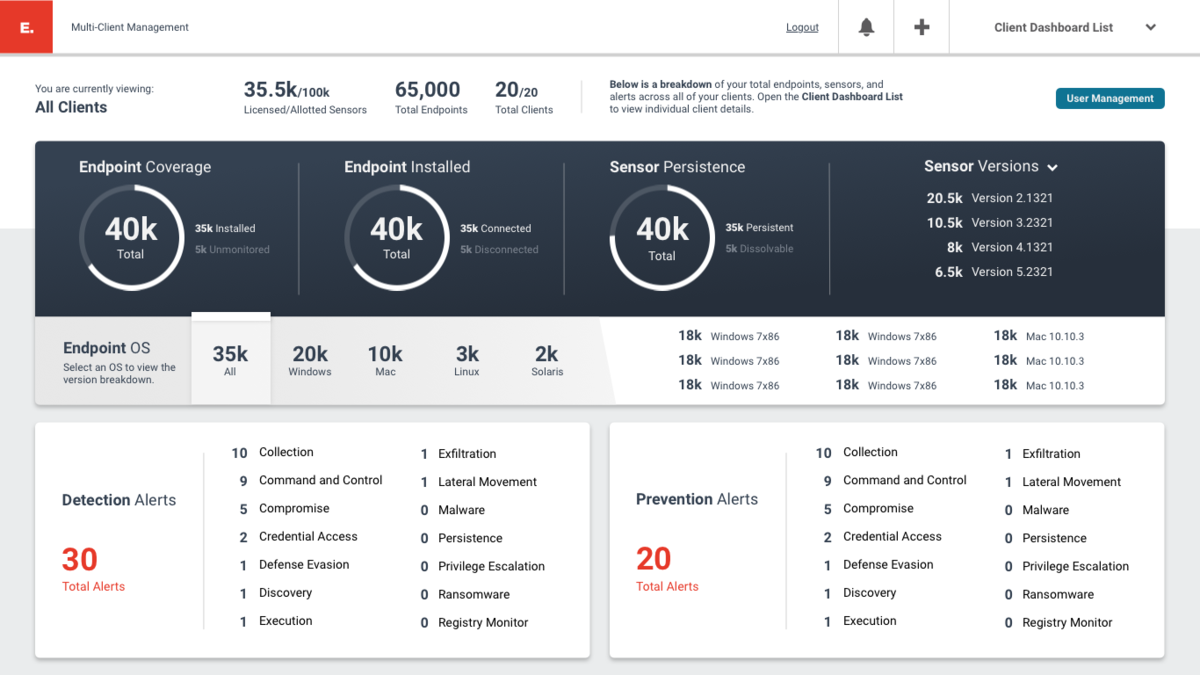 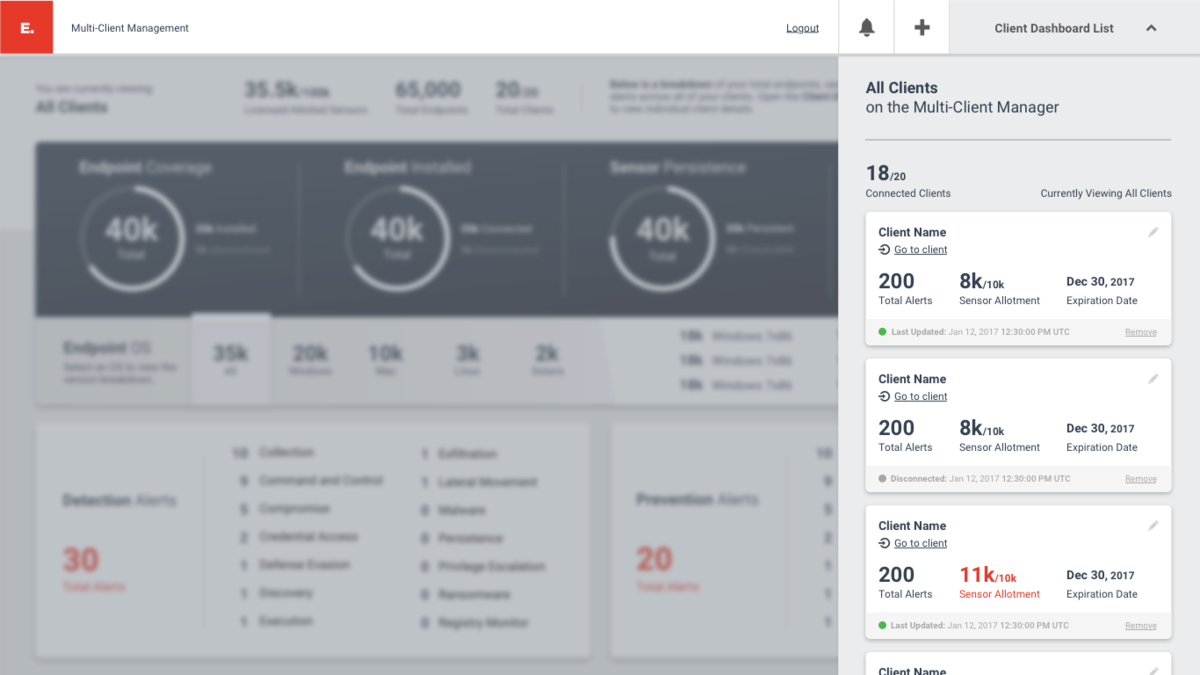 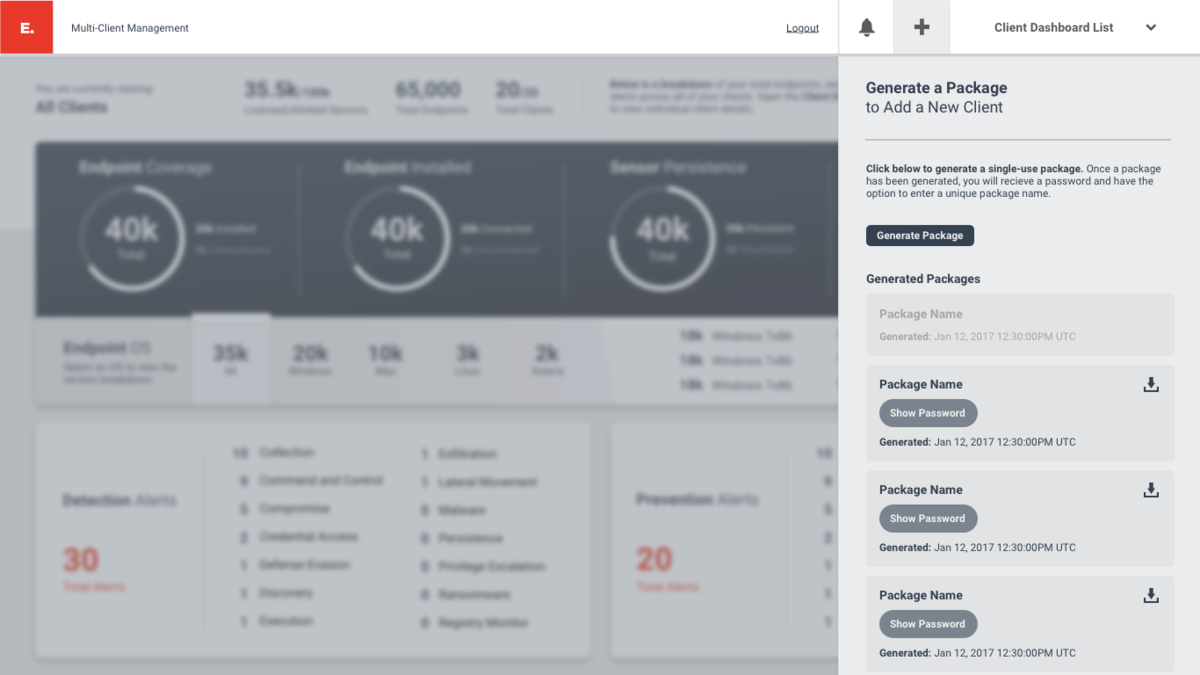 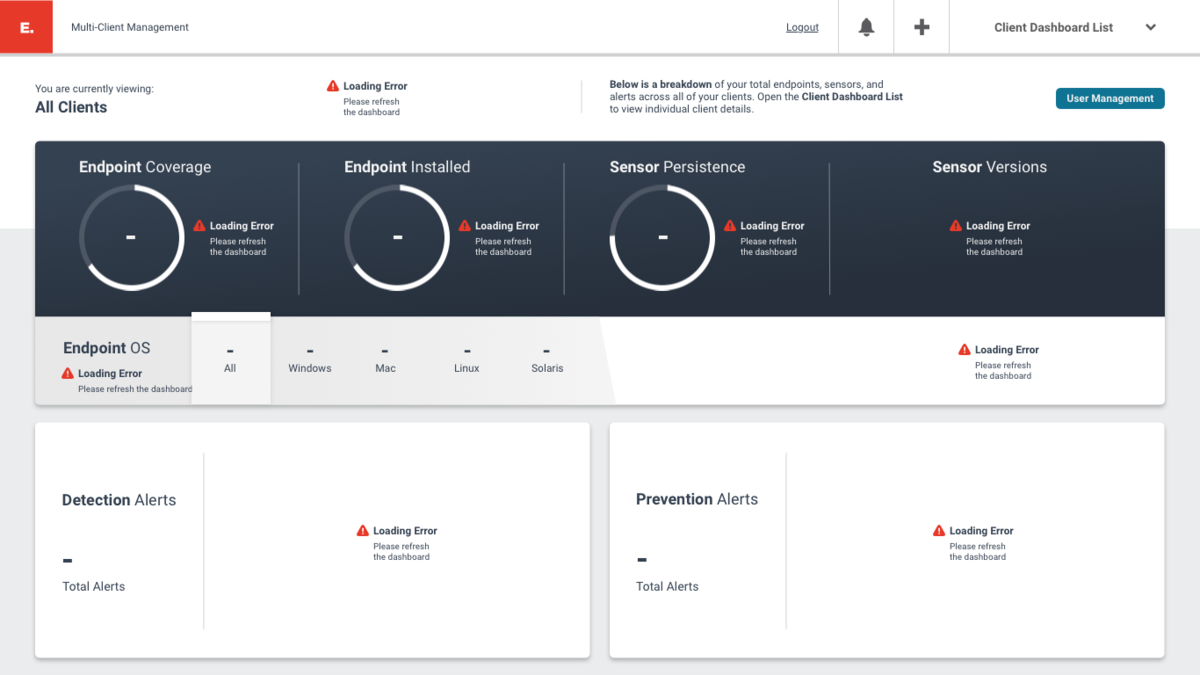 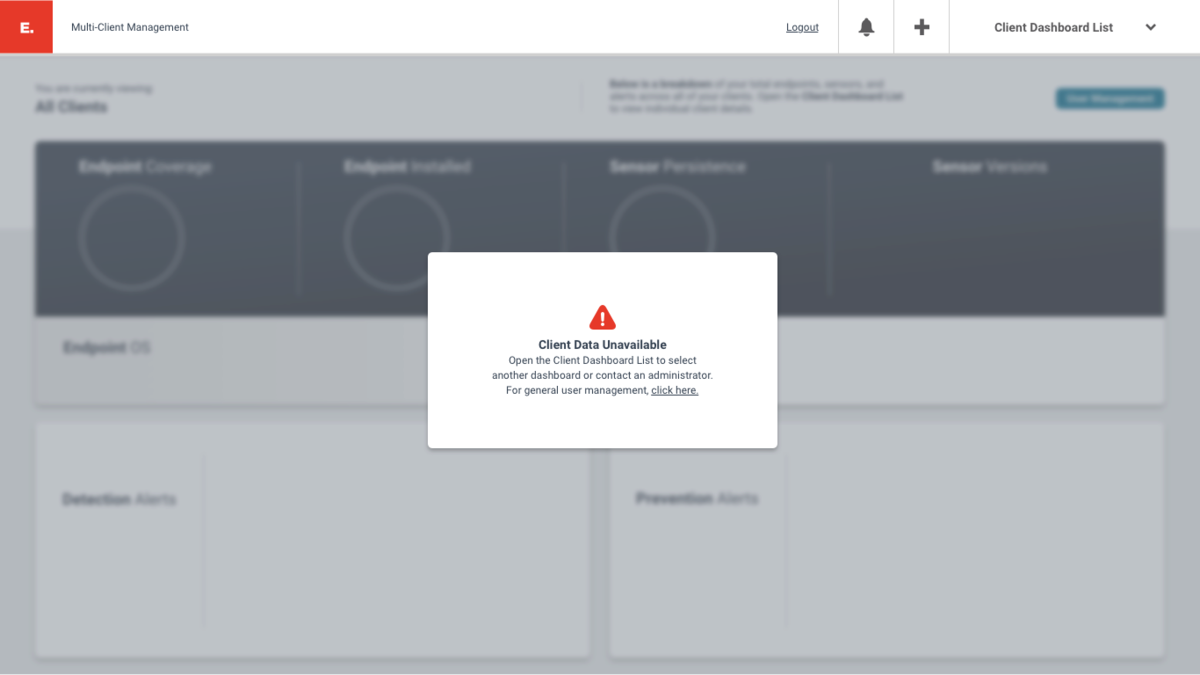 Most large scale companies have many systems/devices in their environment they want to monitor malicious activity (hundreds of thousands). There are also edge-cases within certain companies where some need to be monitored differently or removed from the main environment. One of Endgames solutions to this problem was to create a operational dashboard offering, where analysts could monitor and enter multiple platforms within one concise view.

Once the initial platform was created, the MCM (Multi-Client Management) was developed in our DC-Based office.  Our team was brought in to start research, user-interviews, storyboard, and essentially help bring the product into life. I was the initial lead on this product, but eventually was less hands-on as I on-boarded responsibility to other product designers being hired on.