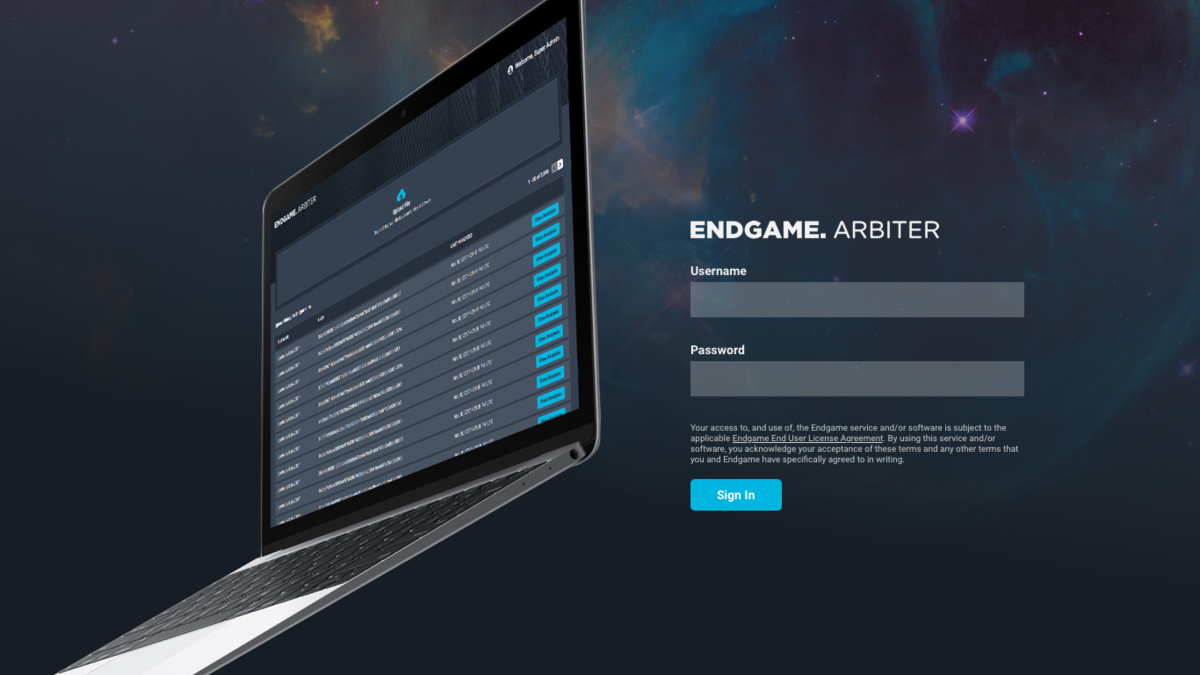 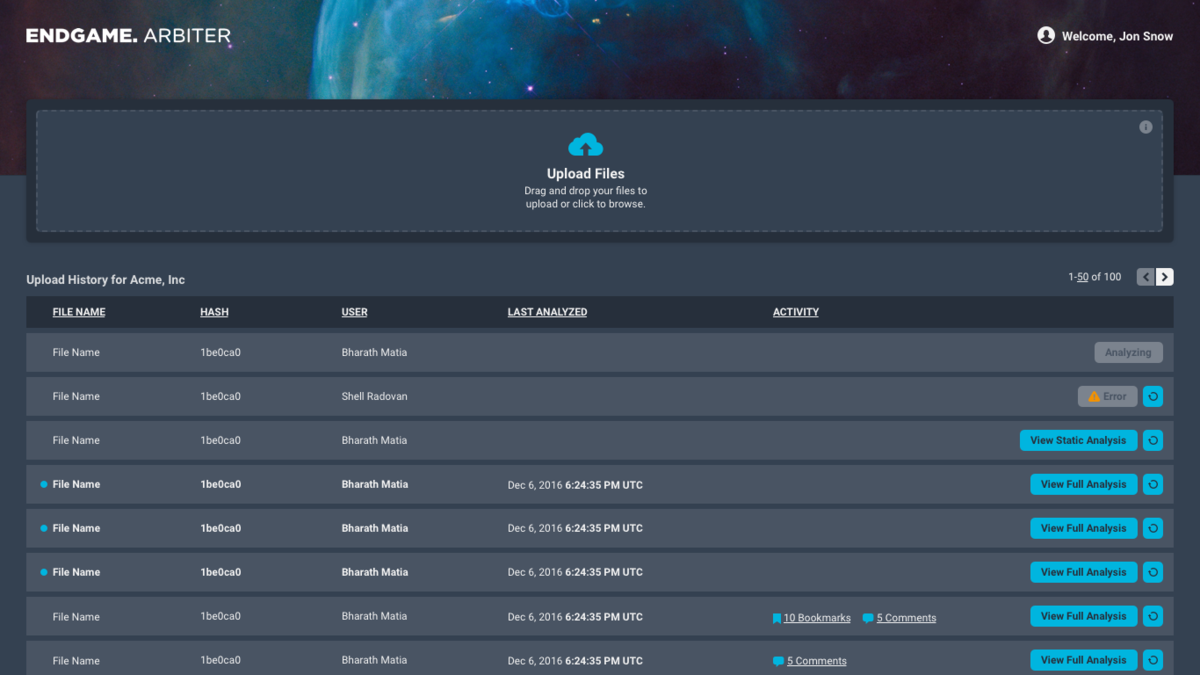 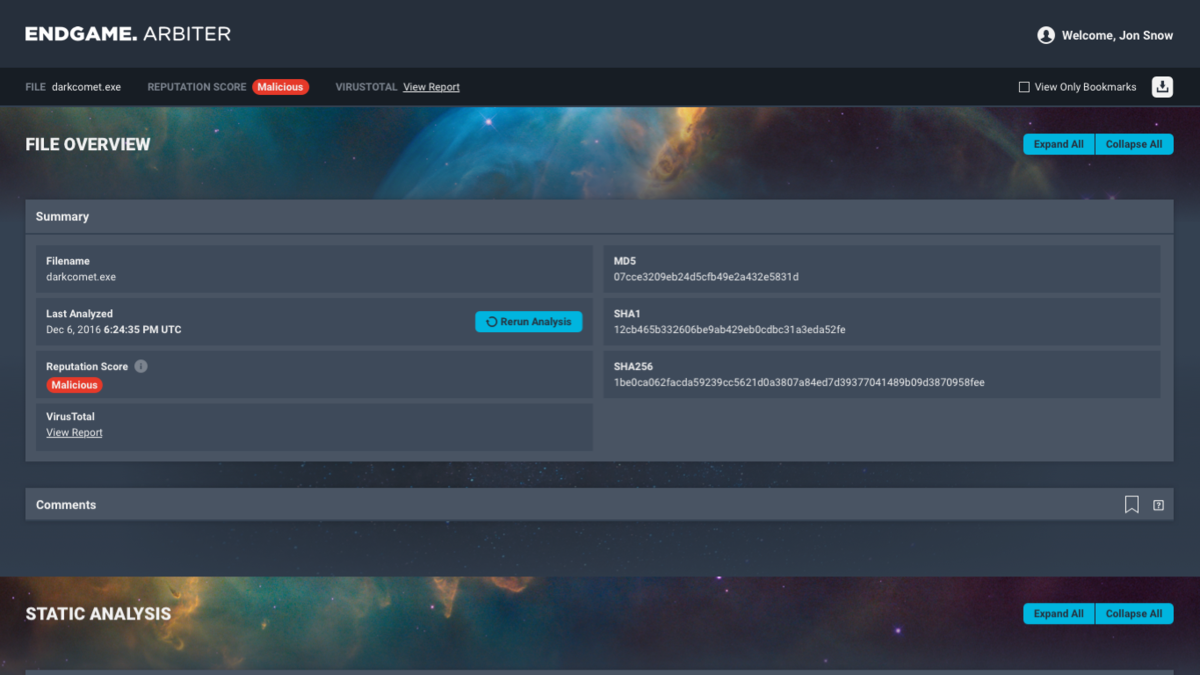 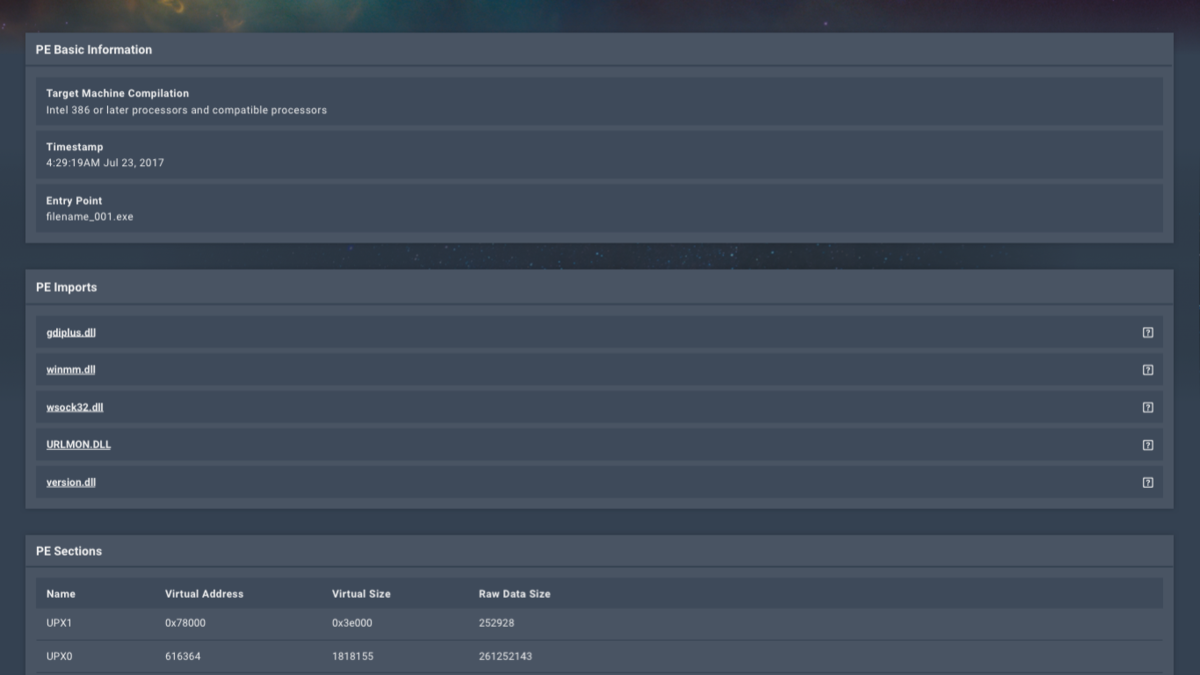 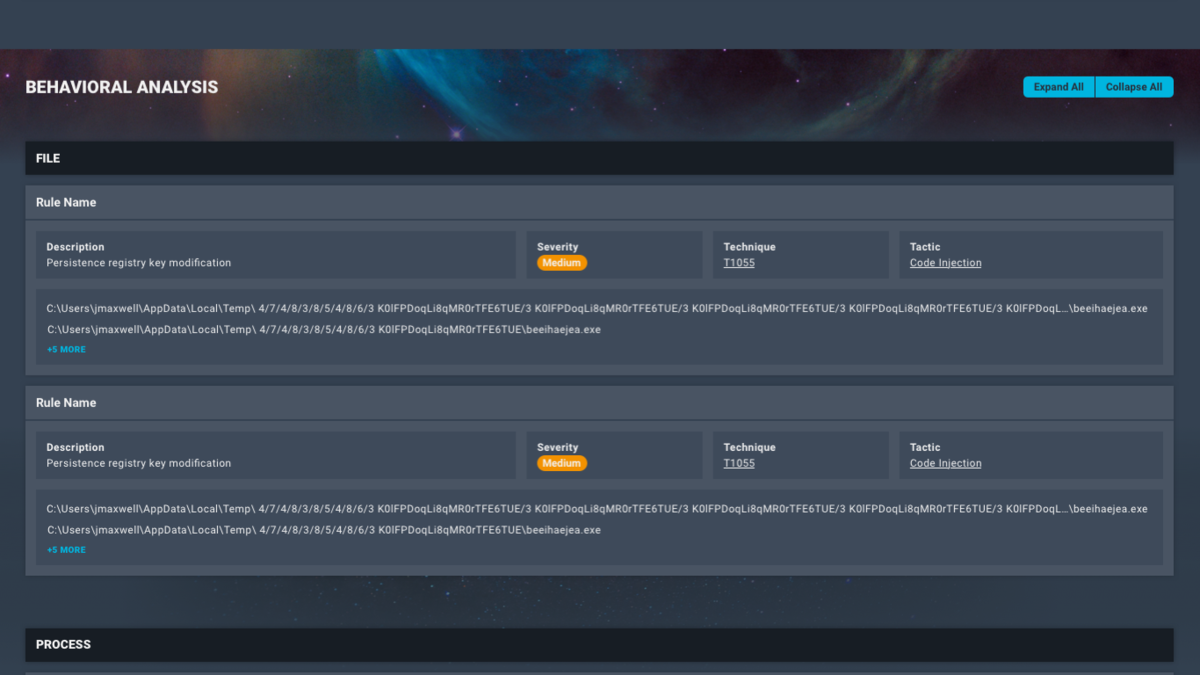 Security Analysts want to be absolutely sure that alerts received within the platform are malicious. Too often other security solutions have an abundance of  alerts coming into a Security Operations Center (SOC), and that takes time to have the analysts figure out if they are problematic. One of Endgames solutions to this problem was to create a cloud offering for malware detonation, where analysts could safely dissect the file and even compare it to other third-party verifiers.

Once the initial platform was created, Arbiter (the cloud) was developed in our San Fransisco office.  Our team was brought in to start research, user-interviews, storyboard, and essentially help bring the product into life. I was the initial lead on this product, but eventually was less hands-on as I on-boarded responsibility to other product designers being hired on.