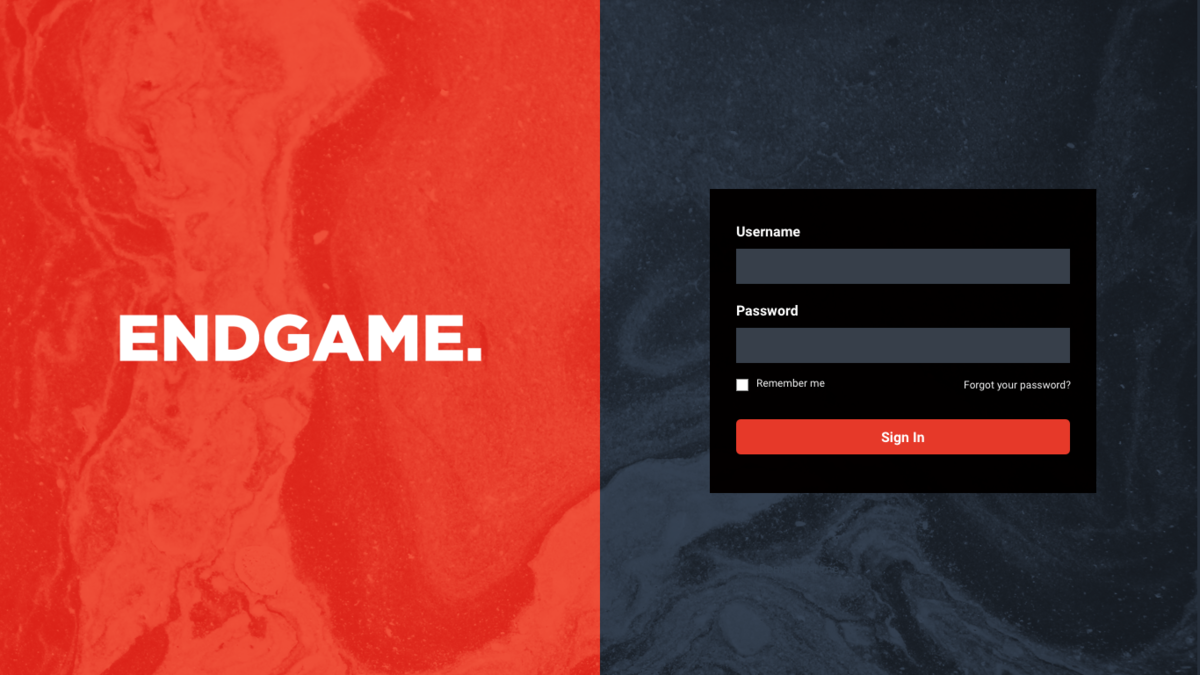 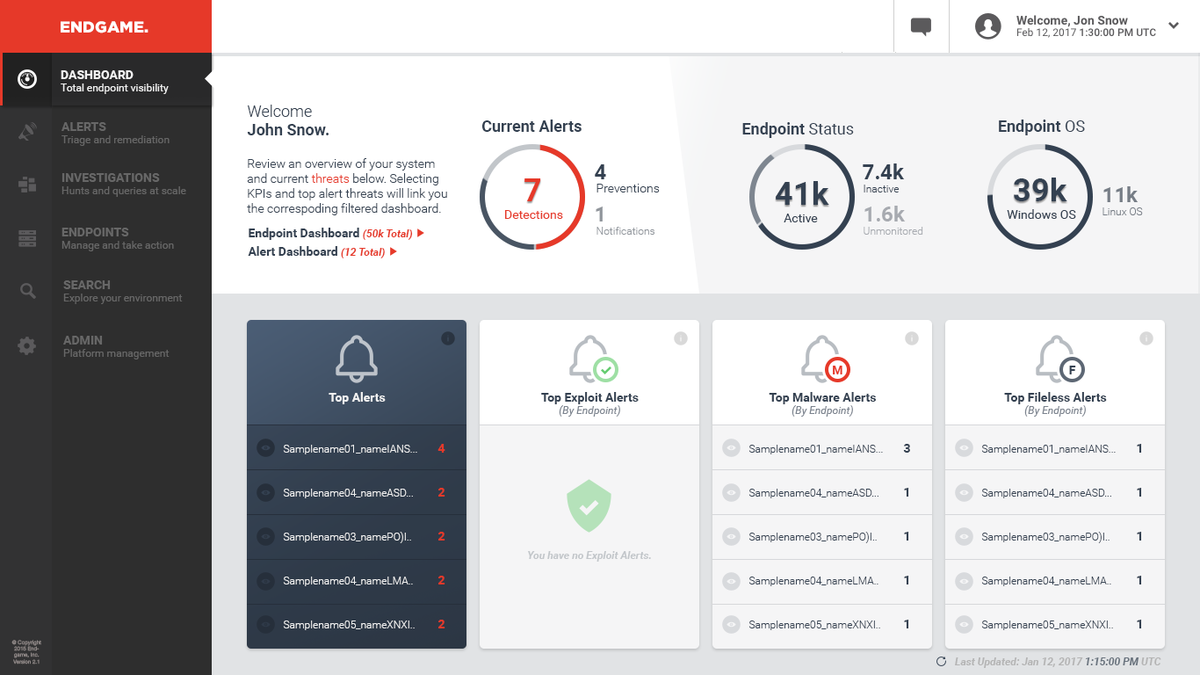 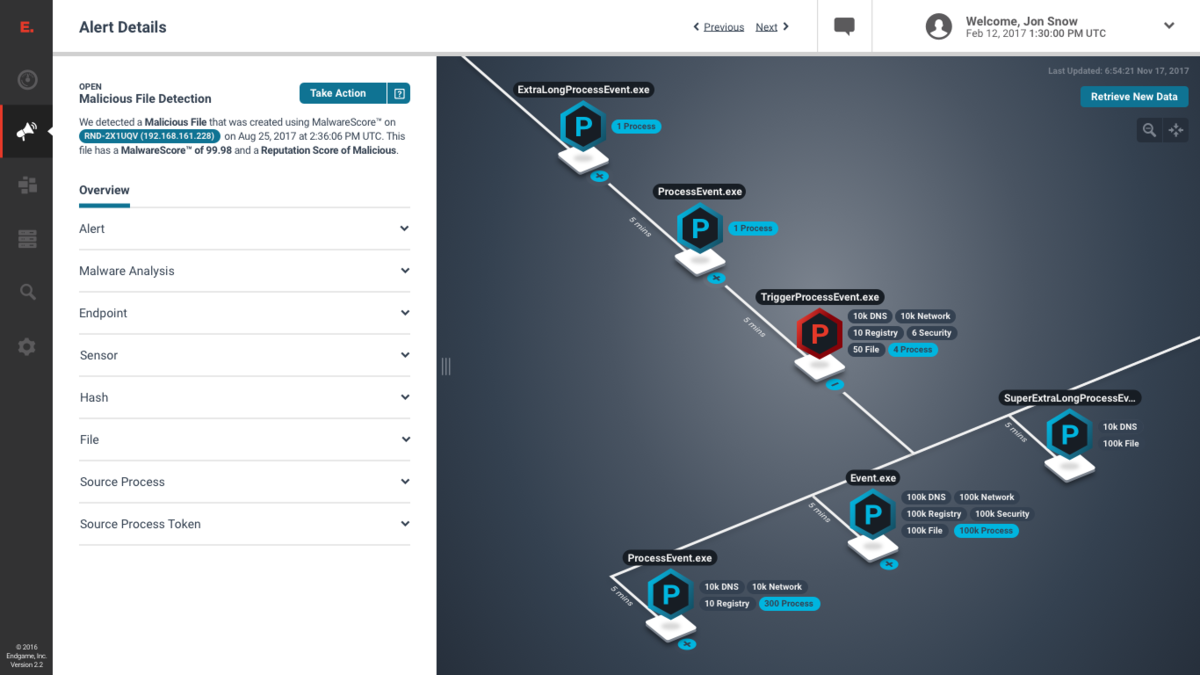 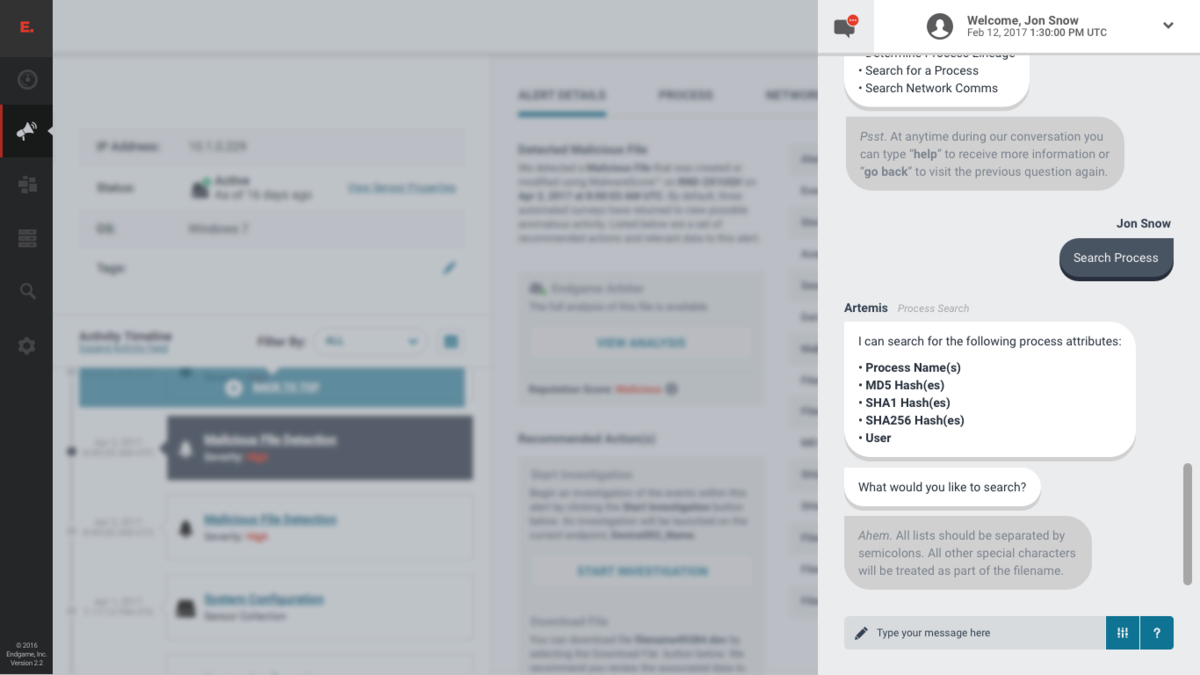 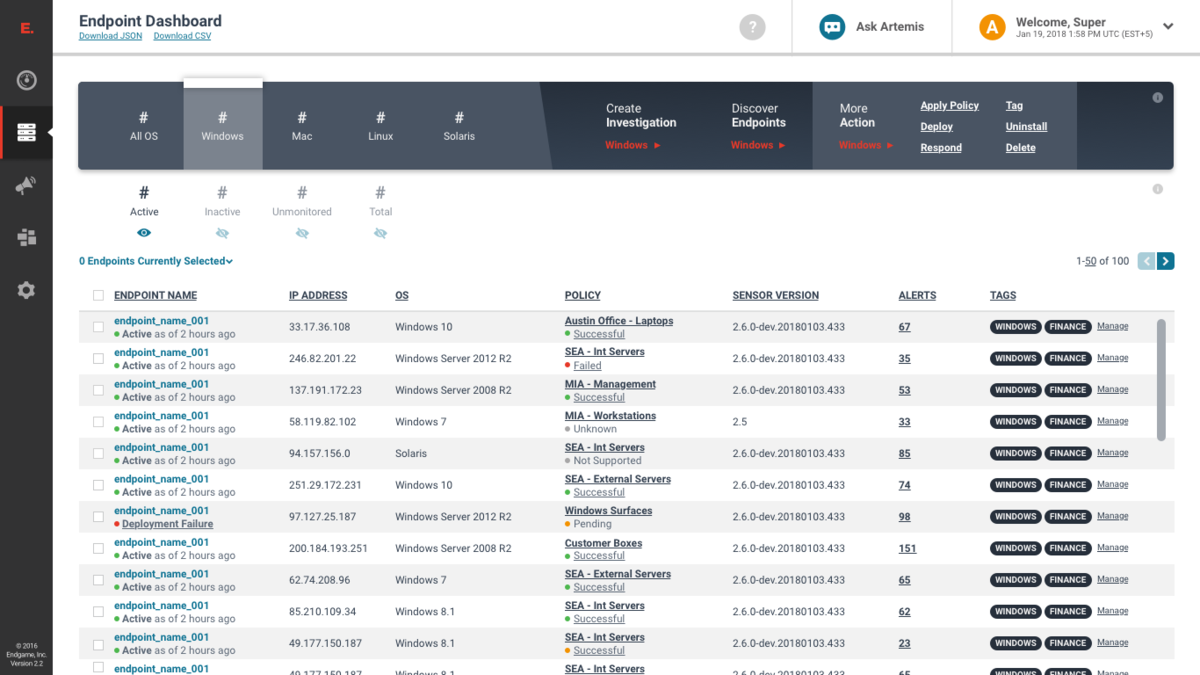 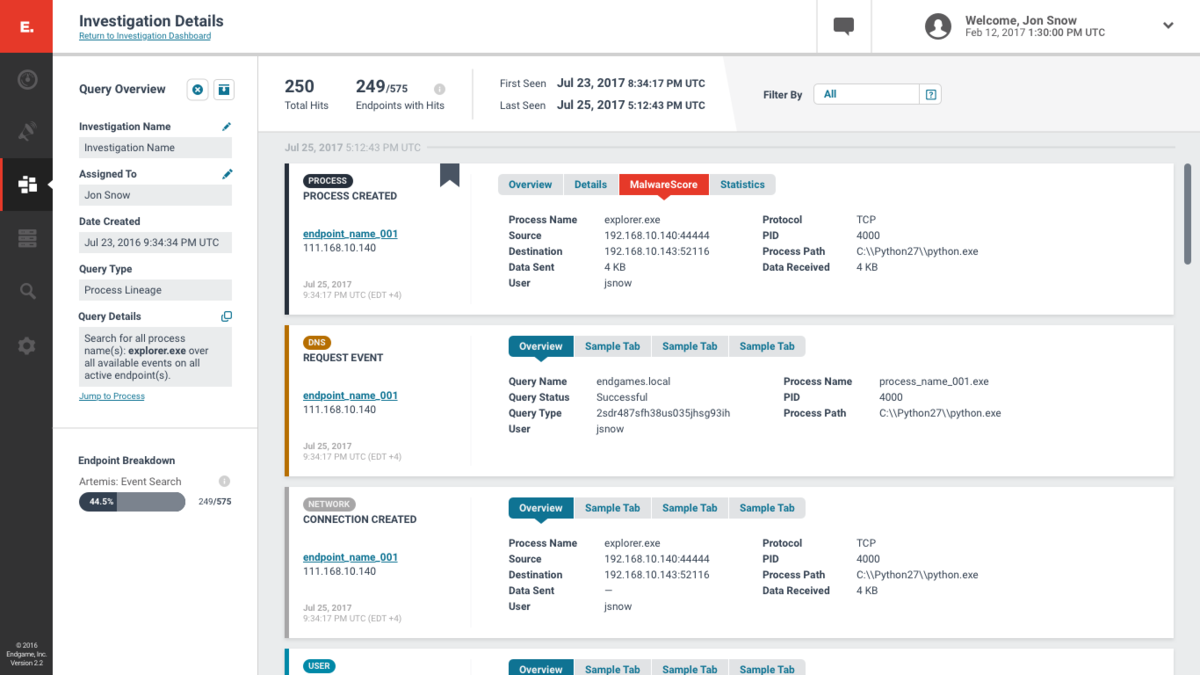 The cyber security space is naturally a very difficult domain to explore and understand.  From the Defensive Cyber Operations (DCO) side, there are streams of new exploits types and malicious attacks constantly threatening an array of different network environments. Endgame aimed to help companies defend their environments with analysts who are often inexperienced and new to the domain.  With the current Endpoints Protection Platform (EPP) market so saturated, Endgame differentiated itself with it's advanced capabilities with R&D and the extreme ease of use. (Both recently highlighted by Gartner).

I was the lead product designer when the product (1.0) was first created from scratch. In the five months to it's release, I worked with product and directly with all engineerings teams in all facets of research and development. Shortly after the first release, I was brought on as the user experience manager to refine our agile development pipeline, feed the product road map through user-research and prototyping, significantly scale the UX team, as well as still participate in feature teams.